If you’ve ever listened to a song that takes you back to a moment in your life, as it touches you with a cacophony of sound like no other, you’ll understand my love for opera.

To experience opera, you can watch The Metropolitan Opera 2016-17 Season Rebroadcasts from June through September at The Enzian Theater, in Regal Cinema Theaters and on PBS. Check the schedule at the bottom of this piece.

Music enthralls America which is why the nation’s No. 1 show on national television is NBC’s “America’s Got Talent” in its 12th season. The show in Nielsen ratings ending last week had a 2.7 rating among adults 18-49 and had 12.53 million viewers tuning in at one time. The Voice is also in season 12, Music moves us and lifts us.

Opera combines theater with vocal performance by highly trained artists whose singing voices reach and exceed levels that few can achieve. The vibrato, the power and the range and depth and peak sound that is shared is almost surreal.

Opera shares stories in song where each line, every moment and emotion is performed only musically through the voice of the performer, whether a soprano, a tenor, reaches levels that can send its audience into another realm.

Opera can only be described as poetic, classical music, filled with romance and wrapped around the most tangled of love triangles. Opera story usually involves unrequited love where one gives his or her life for the undying love and commitment of or for another who often cannot (tragically) return that commitment.

There are wars, there are comedies, tragedies and complex tales sung for between two to four even six hours to an audience that reads subtitles shared from the stage. Opera is sung in Italian, German, and French.

Opera has drawn audiences worldwide and left them in tatters…like only the operatic timbre of the best tenor or the perfect pitch of the finest of soprano can do. Typically, at the end of an aria, the solo performer is exhausted, lauded and applauded with the hopes of an encore, or at the very least a bow on second curtain at the end of the performance. 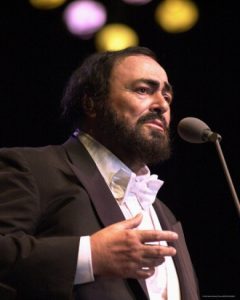 If you’ve listened to an artist and heard the conviction of heart and emotional commitment to imparting a life experience that’s memorable, you could become an opera aficionado.

Opera’s stars and divas are majestic voices and people including world-renown tenors and sopranos. Here are a few favorites:

Soprano Maria Callas (1923-77) known for breaking glass with the notes she hit.

Tenor Luciano Pavarotti  (1955-2006) one of the most renowned performers in opera.

Soprano Leontyne Price at age 90 represents what it means to be a diva.

Soprano Anna Netrebko is one of today’s most sought after performers.

Hooked After Only One Opera 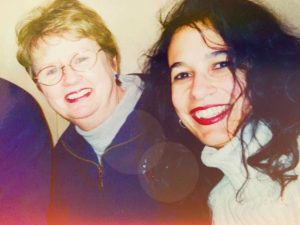 Opera. You’ve either referred to it with the reverence of a fanatic or with the idea that it’s heard in the background of Italian restaurants. Opera for me is a passion, because from the first time I heard it, it touched my soul. My Aunt Marilyn, a loving, funny and resourceful woman with drive like no other, brought me to opera.

I watched a PBS performance in 1996 of Tosca while spending time with my Aunt Marilyn in Redford, Michigan.

I had a Saturday afternoon free and I wanted to see how she was doing. When I stopped in it had been raining as is typical for Detroit in the fall. You didn’t dread the rain, you dealt with it and found something to do with friends or family.

When I arrived, there was already an agenda. Aunt Marilyn was tuned in to the obsession that she had for opera.

“We’re watching ‘Tosca.'”  I had no idea that she would introduce me to a music of love, melodic symphony and voices so supremely talented that they could bring audiences to tears.

I liked a range of music from Stevie Wonder to Steve Perry, Michael Jackson to Elton John, Metallica to John Denver, The Rolling Stones to Prince. I enjoyed Pavarotti in “Tosca,” and felt a chill as he performed and was lost in a vocal resonance that made me close my eyes to listen, just listen.

Opera is an Experience 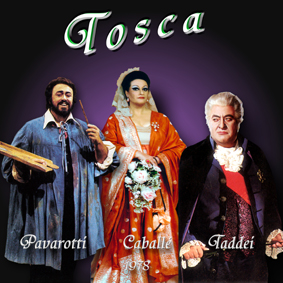 If you can recall the feelings you’ve had for the one love of your life, a great love that’s suddenly brought back to you and shared in a song, you’ll understand the joy of the operatic voice. It is like nothing you’ve ever heard.

I’m speaking of a voice that will make you cry, touch you through notes that reach the very center of your heart. The depth and power is something you’ll want to hear over and again to take in and listen as if for the first time.

That beauty, that is the voice I heard when Luciano Pavarotti sing in the aria “E Lucevan le Stelle” (A night in Tuscany) that plays repeatedly in my mind. When I heard his voice, and watched the drama of his performance, I understood the art that opera stars bring to the stage.

I pride myself on having a thick skin. I never cry. I was a boxing reporter and loved the NFL. So opera? Opera was not in my vocabulary…until Pavarotti. But from that day forward I was an opera aficionado. When Pavarotti came to The Palace of Auburn Hills for his Farewell Tour, I brought Aunt Marilyn. There wasn’t a dry eye in the sold-out venue.

Pavarotti’s career is said to have jump-started at the Greater Miami Opera in 1965 when Dame Joan Sutherland brought him on stage to perform with her during a performance of Gaetano Donizetti’s “Lucia di Lammermoor.”

Pavarotti made his Metropolitan Opera House debut in New York in 1968 after having hit three, high C’s during “The Daughter of the Regiment.”

Pavarotti’s final performance in an opera was Puccini’s “Tosca” in 2004, in which he is the painter Mario Cavaradossi, the fated love of the opera’s namesake. 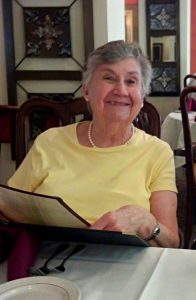 My Aunt Margaret, my Auntie M, is an incredible woman with an amazing memory and a heart so big that she will help anyone she meets. She taught special needs children for decades in California and taught me about laughing at yourself and seeing yourself in your dreams doing whatever it is that you want to do.

Now I invite you to meet and enjoy opera where you are. Look for them in theaters and on TV.

The 2017-18 season begins in September and runs to April. During the season, you can watch Live in HD Metropolitan Opera performances at theaters that stream the opera live into the theaters.

Fortunately, you may see it at home on PBS or find it in local theaters on the dates below. I’ll be joining friends and fellow aficionados for La Traviata, a rebroadcast of the 2016-17 Metropolitan Opera at the Enzian Theater in Maitland, Florida.

Check for other PBS Great Performances at: http://www.pbs.org/wnet/gperf/great-performances-met-season-eleven/6472/

My Own Brand of Journalism