Everyone has a favorite fighter and knows exactly why. For some it was Joe Louis who showed the Nazis who ruled the world when he defeated Max Schmeling and united the U.S. in a time of war.

Maybe it was the speed and skill of Sugar Ray Robinson. The elusive light feet of Willie Pep.

For others it’s a young Sugar Ray Leonard who with an injury beat an experienced Cuban for Olympic gold in 1976.

Maybe it was Cassius Clay-Muhammad Ali who stood up for what others could not in a caustic time in history.

Others favored Mike Tyson who in 1986 leveled Trevor Berbick, and in 1988 Michael Spinks, creating a fan base demanding more of his knockouts.

Evander Holyfield was a warrior who endured the power of men taller and stronger but still, he stood and fought and won.

Roy Jones and Floyd Mayweather took control of their careers and self-promoted their fights. It was for  the betterment of the fighters’ but, unfortunately, the matches that ensued were not to the level of fans’ expectations.

Mayweather landed the largest purse in fight and sports history at more than $500 million. Who knows what lies ahead for a fight vs. Conor McGregor?

Meanwhile, the Klitschkos earned and tool the heavyweight title from U.S. promoters. Today the U.S. awaits its next U.S. heavyweight champion.

Every fight fan has a memory of watching their first fight and then, has a list of favorite fighters with story for each that goes back as far as watching boxing as a child.

I like to ask people whom their favorite fighter is to find out if boxing is as relevant to people today as it was in other eras. 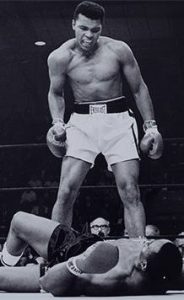 From June 2016 to June 2017 I asked 352 people, male, female, 19-97 years old from California to New York, Ghana to Canada, Romania to Mexico, Colombia to Uzbekistan and many points in between. Here’s a tally of the answers:

What fans commonly said after being the question was troubling for the sport:

I asked people from all walks of life, ages, professions, in the following locations: 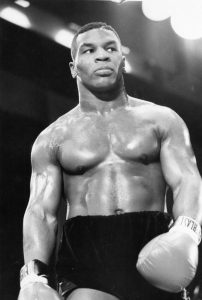 When I asked fight fans, people who paid to see fights at The Garden, or pay-per-view events at sports bars, or streaming live at movie theaters in Wisconsin and Florida, there were a range of comments. 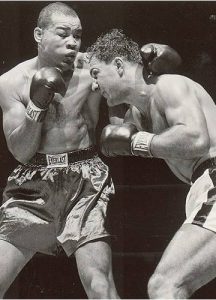 “There will never be another as great as he was,” Frank said. “But you know, you talk about exciting fighters, the best fight I saw? Rocky Marciano and Joe Louis. I was there when he (Louis) got stopped (TKO) in the eighth round in (Oct. 29) 1951 at the old Madison Square Garden.

“I saved up to go to the fight. I didn’t know it was sold out so when it got started, I waited outside and was walking around hoping maybe I could find some way in. A guy gave me a ticket because his girl didn’t show up for the fight. Her loss, my win. Man whatta fight that was.”

George, 51, from Romania, said that as a child he had to sneak under a kitchen table to watch TV at 3 a.m. to see his favorite fighter, Ali, stop George Foreman in The Rumble in the Jungle; and, win by TKO against Joe Frazier in The Thrilla in Manila. He became interested in Ali after seeing him on the news.

“I mean, look, the way that he talked, first of all I was impressed, after that for me it was something new, like somebody before the fight is coming and they start to provoke each other. In Romania we don’t see this kind of stuff.

“Then I become curious when the guy starts to promise he’s going to knock someone out and be the best in the world. ‘I say what is he talking about?’ This I must see.” 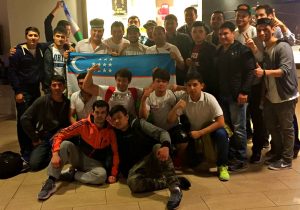 More than 100 fight fans flew from Uzbekistan to New York to watch newcomer Fazliddin Gaibnazarov in his second professional fight May 20 at The Garden in New York.

Ashraf, 30, Uzbekistan: “He is the pride of our country. What he does is so important to the strength of our people. It is an inspiration.”

A group of 150 fight fans flew from Peru to The Garden to watch Jonathan Maicelo fight Ray Beltran.

Maria, 23, Callao, Peru: “I love Jonathan Maicelo to me, he is amazing. But boxing in the U.S. is not real — it’s overrated. It’s a joke. It’s a joke here because they wait too long to make the good fights. So I choose Rocky, Rocky Balboa.”

Why We Hate Boxing