Rebekah Brown
Sign up with your email address to be the first to know about new products, VIP offers, blog features & more.

Will Heavyweight Boxing Be Back in 2015? Say what you want about Don King, but he is the best promoter in the world. No one hyped a fight better. Ever.

There are several U.S. heavyweight contenders new to our rings. At the top of the list? Deontay Wilder.

UFC Fills in the Boxing Blanks

Where is Don King and how has he let the Ultimate Fighting Championships mixed martial arts replace boxing as America’s blood sport?

Without Don King pitting his best fighter against Bob Arum’s best fighter, the boxing game has lost its appeal. Oscar is good. Floyd is better. No one beats King. 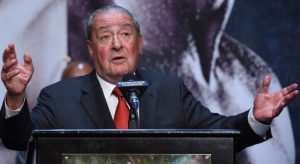 A dearth of boxing talent from the U.S. from 2008-15 in the heavyweight category allowed the UFC to pull boxing from the hands of fight fans and stealthily replace it with a stable of incredible mixed martial arts athletes.

The UFC, a less expensive sport to attend and view, offers and opens up with a range of fighting styles converging on the ring: Karate, Judo, Brazilian Jui Jitsu, wrestling, kickboxing, Muay Thai. Ah, the mixed martial arts. MMAs are exciting and they are true hardcore gladiator sports.

How the UFC Slipped into the U.S. 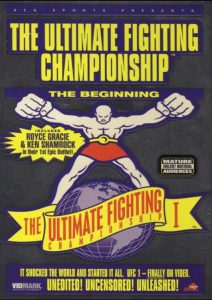 The UFC has been active in the U.S. in the 1990s. I’d heard of the “no rules” rings that were setup in other countries with near fight-to-the-death outcomes.

In actuality, there are hundreds of years of skill behind the MMAs. It was only a matter of time that the exposure in the U.S. would allow it to move out in front of boxing.

The number of MMA fighters who could take down an opponent using multiple physical capabilities is higher than the number of boxing fighters who can take a punch, put together combinations, and drop someone in 12 rounds.

The MMAs were foreign sports and fighters were from other countries but the fights were compelling. But as the fight game changed there were hundreds of athletes from across the U.S. entering the sport after UFC 1 was held in U.S. in 1993.

UFC No. 1 had no rules which made the sport hard to sanction in the rule-savvy and lawsuit-prone U.S. Biting, groin kicks, eye gouging, hair pulling, head butting were allowed. Yes. Anything goes, no rules ring fighting.

The first time I watched a UFC fight was 1997 and the news was that the fight had to be moved from New York which was one of 36 states to ban UFC fights. It was allowed to take place in Dothan, Alabama.

I was a boxing writer and had fight parties for the pay-per-view events that I didn’t attend in person. I invited other sports writers to watch UFC 12, but they declined because it was too barbaric. I invited friends from work and we watched the intense competition and couldn’t turn from the tactical aspects of the sport.

I had seen video of wrestler Lee Kemp, a former Olympian who attended the University of Wisconsin-Madison. But I’d never seen the level of Jiu Jitsu wrestling I saw in that UFC ring.

Fighters would tap out, or get choked out, or were defeated by submission that could include a bone-breaking hold or move. That was a phenomena the U.S. had never seen. Getting “choked out” was intense and barely believable at the time. 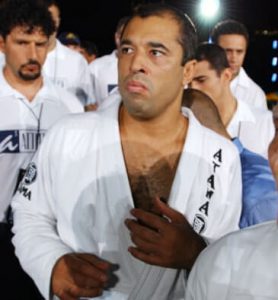 UFC introduced the U.S. to the famous Brazilian Jiu Jitsu family the Gracies, specifically Royce Gracie, whose fame brought the sport to a popularity that continued to rise.

At this time, MMA/UFC fights had a round robin format where a fighter would face one opponent after another to continually have to win to move forward.

Eventually, the mainstream sports public were enticed with more news that came from lawmakers who had banned Toughman contests.

Politicians were recoiling in fear over what was taking place inside UFC rings. For financial reasons the force to change to the rules took hold.

To increase its viability in sports venues in Vegas, New York, New Jersey, and the other 33 states, there were rules added to the no-holds barred action held in the octagon.

The UFC is Here to Stay

Like it or hate it, UFC is still on the edge of controlled chaos where it will remain embedded in the U.S. as a new and popular sport. Fans are filling theaters, bars, pay-per-view events, and arenas to watch the gladiators fight it out. 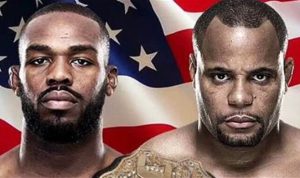 The Jon Jones vs. Daniel Cormier fight was one of the most hyped UFC bout. The drama caused at last August’s press conference between Jones and Cormier stirred the promotional pot when the two went head to head and Cormier pushed Jones in the chest.

The bad blood continued online and through the blogs and the fight was dubbed Jones vs. Cormier: The Time is Now for Bitter Rivals. Not a great name but when you consider the number of UFC Championships out there, expect a few corny titles. But the name was spot on because Jones really did have beef with Cormier.

Boxing lost its shine in the U.S. because one of the best heavyweight fighters, Wladimir Klitschko, who owns the WBA, IBF, WBO and IBO titles isn’t fighting exciting, U.S., or convincing opponents.

He never will. He will stay in his continent, his country before risking his titles in the Las Vegas or New York venues.

More importantly, Klitschko needs better promotion within the U.S. and with at least one U.S.-based fight to engage U.S. boxing fans. Klitschko fights in Germany, Russia and Switzerland. His last U.S. fight was in 2008.

Will fight fans see Klitschko vs. Don King’s WBC Heavyweight Champion Bermane Stiverne in 2015 and could Stiverne bring the titles back to North America? Possibly.

Will King Bring Boxing Back? 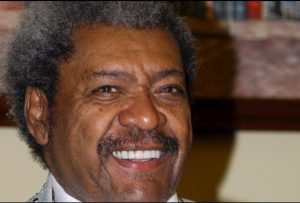 Standby. For those unaware, Don King may be able to bring some of boxings brilliance back to North America in 2015.

Don King is promoting the fighter who holds the one title that heavyweight champ Wladimir Klitschko doesn’t have.

Seems like Klitschko and his promoters know the U.S. fight game which is King and Arum. A U.S. fighter can’t hold onto a title here unless promoted by one of the two powerhouses.

King and Arum may have a monopoly on the fight game. But at least they had the best fights. If Klitschko wants the WBC he’ll have to go through Don King to get it.

Americans would support Ukrainian champion Klitschko, but he’d have to fight in the U.S. in Vegas, Atlantic City, New York. He would need a promoter to fill the air with fight hype to keep the excitement going.

King can bring boxing back if his new heavyweight can get through a few challengers including a bout Jan. 17 vs. Deontay Wilder. Wilder is a powerhouse.

Wilder is a Tuscaloosa, Alabama, native and he’d be the first American heavyweight champ since Shannon Briggs in 2008. It’s boxing so anything can happen.

But the ultimate fighting challenge? Get Klitschko to agree to a bout. The WBC title would make him the unified champion, and knowing Don King, he’d get the purse.

If it was the largest payday in history, Klitschko might go for it. But that’s a major question and highly improbable.

The winner of the fight would be indebted to the promoter. Klitschko isn’t likely to want to have to submit to King no matter what. Hes likely to go without the WBC belt.

Right now, the fight game is so bad that Floyd Mayweather is being called the best pound-for-pound fighter. Mayweather has simply been well promoted in the U.S. He’s only the best KNOWN active fighter. There’s a slight list. 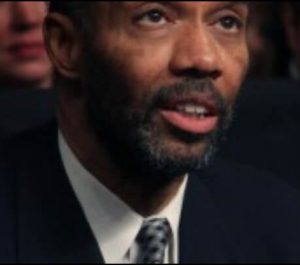 Julio Cesar Chavez held that title after amassing an incredible record for many years in a boxing world filled with fighters of his era.

Today, if there were as many boxing promoters with power as in the past, there would be more options.

Fight fans know the difference and this is why they’ve turned to the additional level of excitement in the octagon-shaped UFC ring.

The UFC has filled in the boxing blanks for fans and instead of having every fight in Vegas, the UFC has toured the U.S. holding fights wherever there are fans to fill the arenas.

UFC fights tour the nation and engage people in its live events by pulling them in close for a near as possible experience seated next to the cage fighting octagon. And its working.

Mixed Martial Arts is in the U.S. and has officially replaced boxing as a power sport among fans. Its pay-per-view events and fan base have transformed and invited boxing fans in to create a next generation of fight fans…fight fans who love MMA.

Fans don’t want to see a rematch with DC…not really, because the next time, Jones will beat him again. Cormier who looks like a true 220-pound fighter, appeared weak and dehydrated at the bell. Cormier was physically exhausted by the third round.

Gustafsson, a Shootfighter/Boxer would be compelling vs. Jones a Wrestler/Boxer. And of course they’re already commenting on the Jones win in social media to start some fight hype.

Johnson would be the more interesting Jones opponent. But it will be an unlikely that he can take Gustafsson. Johnson is ranked No. 3 behind No. 2 Gustafsson and No. 1 Jones in the Light Heavy division. But thats how fights go. It’s usually a numbers game, but catch a guy on an off night and it’s all over.

Cowboy Cerrone was the best grappler of the night. But it was surprising that the UFC journeymen went a full three rounds without stopping relative neophyte Myles Jury. He was so frustrated that he ended the fight with a humbling and literal butt-kicking tirade that will probably turn into a gif on Vine.

Regardless, the inexperienced Jury held his own against Cerrone taking him down in the first 30 seconds of the fight. He had some strong MMA skills and survived 3 rounds with a superior UFC MMA veteran.

There's No Such Thing as Writer's Block